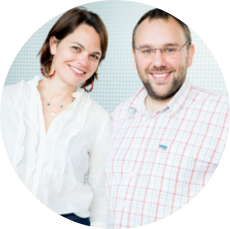 With the help of the OVH cloud, effiPilot has reduced energy consumption in commercial buildings

An interview with Cyril Dubus, co-founder and technical director of the startup supported by OVH as part of the Digital Launch Pad program.


Who has never seen a building with unoccupied offices that are still lit up right in the middle of the night? This is obviously absurd but there's worse than that: most of the time, not only are those offices unoccupied but they're also heated at night (or they're being air-conditioned during the summer). If the connected household is about to become a reality, its equivalent for commercial buildings - a.k.a. the "smart building" - is still in its infancy. For a few years now, those buildings have been equipped with connected heating, ventilation and air conditioning systems allowing service providers to conduct remote diagnostics, for instance. However, you'd be surprised to know that those devices are still connecting using an STN (switched telephone network) and operate on such a small quantity of RAM that it makes it impossible for them to run more than three programs simultaneously. Consequently, they represent such a large security risk that building managers would rather disconnect them to limit those risks. As a result, and in order to make sure that temperature levels are acceptable before employees come back to their offices, heating systems are often left running at night, on weekends, and during holidays. And this is why commercial buildings in France represent 40% of the national energy consumption, which is a rather mind-boggling number in the current context of fight against global warming.


Back in 2009, we and two of our ex-classmates had a feeling about what could be done in that area by bringing intelligence to very low-level technologies installed inside buildings with the use of a powerful data processing algorithm in the cloud. Each of us pursued engineering studies in complementary fields: heating systems and computer science is what I chose. This led to the creation of our company: effiPilot. In concrete terms, effiPilot is a SaaS solution that can connect to existing systems inside buildings (heating, air conditioning, ventilation, lighting, energy meter - gas, electricity, water) to extract data from them and send it to our platform, hosted at OVH. The data (around 20 million/month/building) is processed using algorithms to design the best heating/air conditioning strategies to adopt. Those strategies are then transmitted to the buildings' systems and that's where we take over. We take into account external factors such as weather forecasts, the amount of sunshine (which can have an impact on the perceived temperature, regardless of the actual amount of heat), the price of energy consumption at various times of the day, as well as the occupancy rate of the building, all that in order to reduce energy consumption and increase comfort for users. This technique has allowed us to achieve 20% in savings on average.

Today we're managing about 2,153,000 sq. ft. of buildings for some of the most prestigious companies in France. And the potential is huge: commercial buildings in France represent close to 10 billion sq. ft. of space. Our growth has been more rapid than expected and following several fund raisers in a row, we've decided to invest in expanding our team, which now stands at 10 employees. All this has also prompted us to do a full reassessment of the infrastructure we've setup at OVH to receive and process and exponential amount of data.

Thanks to the Digital Launch Pad program, which we've joined only recently, we're getting credits while benefitting from a great support to setup our scalable platform, combining the power of dedicated servers (for the main database) and the flexibility of the Public Cloud (to perform asynchronous calculations, log processing, as well as hosting our IHM, our API servers, and servers we use for our continuous integration tool chain).

Are you a startup?