OVH chooses London for its first datacenter in the United Kingdom

OVH chooses London for its first datacenter in the United Kingdom

The European cloud leader chose the inner suburbs of London to set up the first of its three datacenters planned in the United Kingdom. Located less than half a millisecond from the PoP of London, the facility that OVH acquired benefits from a direct connection to Gravelines (then Roubaix and Paris), Amsterdam (then Brussels and Frankfurt), Montreal, and New York, through the fiber network that the group has deployed worldwide. This first datacenter, with a capacity of 40,000 servers (in an area of 4,000 m²), is expected to be operational at the end of May 2017.

An operational datacenter in 6 months
The OVH group, which acquired a facility a few days ago, is ready to start work for its first datacenter in the United Kingdom. It will install 40,000 servers in its own facility, with no colocation space. True to its values of agility, the European cloud leader expects the datacenter to be operational at the end of May 2017, first through its “Discover OVH” offers, then through its entire catalog.

This rapid deployment is due to OVH’s expertise and end-to-end management of the web hosting chain, but also to the very nature of the facility that formerly belonged to a telecommunications operator. The first of the three datacenters planned in the United Kingdom will be interconnected to OVH’s point of presence in London through a double fiber path. Lastly, its proximity to two substations makes it possible to significantly increase the electrical capacity of the site.

Three datacenters in the United Kingdom
The two other datacenters that OVH plans to set up in the United Kingdom will allow the company to provide users with a backup solution—through a second site on the outskirts of London, and a third one that is sufficiently remote to be a recovery site outside the failure domain of the two other sites. These 3 datacenters will of course be interconnected, like the other datacenters of the group, through the vRack, a private network developed by OVH to facilitate the deployment of multisite infrastructures.

OVH has had a presence in the UK since 2007, via a subsidiary based in London and located a few kilometers from the future datacenter. The company has already attracted many British customers, including startups (like BulbThings, which aims at revolutionizing asset management through data mining), and large accounts (such as Lineup Systems, a company specialized in online advertising tools, and XTM International, an English leader in translation technologies).

An ambitious expansion plan
After announcing the opening of three datacenters in Australia, Singapore, and Polandlast October, OVH is continuing to invest in Europe. In order to fund its global expansion project, the cloud expert completed, in 2016, a capital increase of €250 million with two investment funds, KKR and TowerBrook. The company also announced a €1.5 billion investment plan over 5 years. Enough to finance the construction of several additional datacenters by the end of 2017 in the United States, Italy, Spain, the UK, the Netherlands, and in Germany, where OVH hast just acquired its first site near its PoP of Frankfurt.

At the end of its deployment plan, OVH will offer its customers—more than 1 million today—a choice of datacenters in 11 countries, across 4 continents, all interconnected through its own network, with a current capacity of 7.5 Tbps. 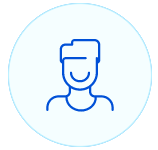